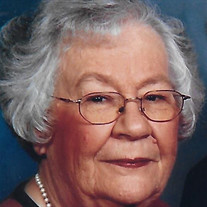 South Hill, VA - Nancy N. Drewry, 85, went to be with the Lord after a brief illness on April 23, 2019. Nancy grew up in Emporia, VA, and was the daughter of the late Mr. and Mrs. George M. Norwood. Nancy was a 1954 graduate of the Johnston-Willis Hospital School of Nursing and later in August, 1954, married her husband, Burton L. Drewry. She immediately began her nursing career and spent time at the Southampton Memorial Hospital in Franklin, VA, the Prince-Squire Clinic in Emporia, and later doing private duty nursing in South Hill before joining the Community Memorial Hospital school of Nursing for licensed practical nursing (LPN) sponsored by Brunswick, Lunenburg, and Mecklenburg County Public Schools. As a result of this involvement, Nancy helped to train hundreds of nurses who have provided nursing services throughout the Commonwealth. More importantly, Nancy nursed family members, friends, and those whom she did not know although they too soon became friends. After the school closed, Nancy taught the family life curriculum in Mecklenburg County Public Schools for 10 years. After retiring, Nancy continued her nursing duties through CMH Community hospice, medical mission trips, and providing comfort for others in the community. In addition to Hospice services, Nancy completed her certification as a Master Gardener and spent 10 years providing instruction to interested gardeners while working in her own yard while enjoying the many different birds that frequented her numerous feeders. Nancy also worked with the Friends of the Library at the RT Arnold Library in South Hill, was a member of the South Hill Dollies, and the Genealogy Society of South Hill. Traveling within the United States and abroad was a favorite past time. Nancy is pre-deceased by her parents, her husband, Burton, son, Leigh, and sister, Bettie King. She is survived by her sister, Earline King of Atlanta, GA, son, George Drewry of Warsaw, VA, daughter, Sarah Abernathy (Francis) of Dolphin, VA, daughter-in-law, Anne Drewry of Lynchburg, 8 grandchildren and 1 great grandchild. Family will receive friends at the South Hill United Methodist Church on Friday, April 26, 26019 from 6-8 PM. A memorial service will be held on Saturday, April 27, 2019, at 2 PM at the South Hill United Methodist Church. In lieu of flowers, contributions may be made to the Drewryville Volunteer Fire Department, c/o Dennis Whitby, 24288 Adams Grove Road, Emporia, VA 23847 or the South Hill Volunteer Fire Department, c/o Rosser Wells, South Hill, VA 23970. Arrangements are by Cremation Society of Virginia – Southside, Inc.

South Hill, VA - Nancy N. Drewry, 85, went to be with the Lord after a brief illness on April 23, 2019. Nancy grew up in Emporia, VA, and was the daughter of the late Mr. and Mrs. George M. Norwood. Nancy was a 1954 graduate of the Johnston-Willis... View Obituary & Service Information

The family of Nancy Jane Norwood Drewry created this Life Tributes page to make it easy to share your memories.

Send flowers to the Drewry family.