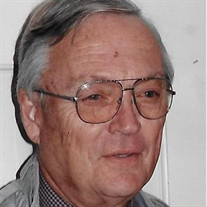 South Hill, VA Burton Leigh Drewry, Sr., 90, passed away peacefully at his home on October 22, 2015. Mr. Drewry was born in Richmond to the late Dr. William H. Drewry and Mrs. Hazel Burton Drewry McCoy at Stuart Circle Hospital. After spending his early years in Cooleemee and Grimesland, NC, where his father was a doctor, Burton returned to Virginia where he graduated from Drewryville High School in 1940. Upon graduation, he served his country by enlisting in the United States Coast Guard and served upon a destroyer escort as a sonar operator during World War II. After an Honorable Discharge from the Coast Guard in 1946, he enrolled in the University of Virginia only to return home to farm. Burton later joined the Virginia Department of Transportation and moved to South Hill, VA in 1964. He rose through the ranks to become the Project Engineer in the South Hill Residency before retiring in 1991 after 34 years of service. As an active member of the Drewryville and South Hill United Methodist Churches his entire life, Burton served as a member of the Memorial and Honors Committee, Administrative Board member and chairman, Staff-Parish Relations Committee member and chairman, Work Area committee, Church and Society Committee, the Education Committee, and Sunday School superintendent; as well as teaching Sunday school during 60 years of Church membership. In addition, he served as the Cub Scout Leader in South Hill, Troop Leader for the Boy Scouts of America, Board of Directors for Kenston Forest School, President of the South Hill Lions Club, and was a member of the American Legion Post of South Hill. Mr. Drewry is survived by his wife of 62 years, Nancy, 3 children; Burton Leigh Drewry Jr. (Anne), George, and Sarah Abernathy (Francis), 8 grandchildren, Brad, Mathew, Robert, Elizabeth, Rebecca, Jake, Nikki, and Evan, and 1 great grandson, Jackson. A special thank you to friends and caregivers, Patti Winn, Lisa Middleton, Larry Waye, Thomas Evans, and Ron Powell. In lieu of flowers, contributions should be made to the South Hill United Methodist Church , the South Hill Volunteer Fire Department, or the South Hill Volunteer Rescue Squad. Funeral arrangements are by Watkins Cooper Lyon Funeral Home in Clarksville, VA. The family will receive friends at the South Hill United Methodist Church, N. Mecklenburg Ave., South Hill, VA from 6-8 PM on Saturday October 24, 2015. A memorial service will be held at the South Hill United Methodist Church on Sunday, October 25, 2015, at 2 PM with burial in the Drewryville Cemetery.

The family of Mr. Burton Leigh Drewry created this Life Tributes page to make it easy to share your memories.

Send flowers to the Drewry family.